skip to main | skip to sidebar

Check SEAMS homepage to see what seminars you would like to go to this autumn. On SEAMS homepage you can also find the Webcast, which broadcasts electroacoustic music from Sweden on a 24/7 basis.

Posted by Pär Johansson at 13:52 No comments:

Today we received a phone call from a certain Klaus in Germany who is making a documentary on human beatboxing. In fact the title of the film is going to be "Beatboxing - the 5th element of hip-hop". He asked us if we knew anybody who had an ELI CompuRhythm CR-7030 drum machine. If you are reading this blog and know anything about this drum machine, and especially if you have one, please get in touch!

Kevin Drumm from Chicago will be a guest composer at EMS between 29 September and 4 October 2007. He will be holding a seminar on Sunday 30 September at 5 pm, at EMS.

Read an interview with Kevin!

Kevin Drumm's visit is happening with the support of Framtidens Kultur.
Posted by EMS at 12:53 No comments:

Andrea Neumann is a live-electronics musician who has invented her own instrument – the Inside piano – which is what it sounds like: the amplified inside of a piano. She uses a certain amount of objects and the strings of the piano to create her own sound world. Last spring she was a guest composer at EMS and is now coming back, together with Sabine Ercklentz, on 8-17 October, with the support of Framtidens Kultur.

There will probably be a concert at some point, so keep your eyes skinned.

Mats Lindström will be interviewed for a British TV programme on electroacoustic music. We look forward to watching that!

A new EMS Earphone concert at Avenyn (library). Music by Johan Boberg, Amanda Glans, Daniel Skoglund, Jenny Sunesson and hard, hard Leather. Date: 5 October 2007.
Others to appear at Gas-Festivalen are Laurie Anderson and Chris Watson to name but a few.

Mats Lindström, administrative and artistic director of EMS, will be participating in a debate in Gothenburg in connexion with the GAS festivalen. Date: 3 October.

On Saturday 29 September you can go to Växjö where the CoMA festival takes place annually. At 7 pm at the Palladium, you can listen to live electronics by Mattias Petersson, Fredrik Olofsson and Johan Boberg from EMS.

The European Conference of Promoters of New Music

Mats Lindström, the artistic and administrative director of EMS, is going to participate at The European Conference of Promoters of New Music at the Gaudeamus festival in Amsterdam, 6-9 September 2007.

This week at EMS, we have the company of Gergely Loch, an enthusiastic musicology student of the Franz Liszt Academy of Budapest, Hungary. Gergely´s aim is to perform research on Akos Rozmann, one of the most prominent composers of electroacoustic music in Sweden. Akos Rozmann, originally from Hungary but residing in Sweden since the 1970s, sadly died two years ago. Up until his death, he was one of the composers who worked the most frequently here at EMS. For a long time he was an organist at the Catholic Church, where he also had his subterranean sound studio. He stopped writing instrumental music very early on as a composition student and left us a great number of electroacoustic works such as Impulsioni, Twelve stations, Images of dream and death to name but a few. His music is strongly emotional, and the richness of the compositional material has in most cases led to long gripping developments, leaving the listener both shaken and stirred. Mass, first performed in 2004 at the German Church in Stockholm, is several hours long and it took five days to perform it in its entirety. Apart from the music we know, Rozmann left a considerable amount of tapes, diaries etc. which we are delighted to know that Gergely Loch is going to study while preparing his PhD. This will be time well spent. 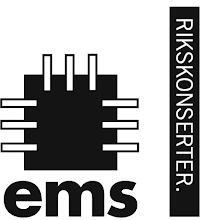 Since 1964, EMS is the centre for Swedish electroacoustic music. It is run as an independent part of Rikskonserter (Swedish Concerts) and is led by the studio director, Mats Lindström, who is assisted by an artistic board consisting of four composers.

The artists who work at EMS have different educational backgrounds. Besides traditional music training at the colleges of music, they also are self-taught or come from the art schools or radio production.

Foreign composers regularly come to EMS to work and may be granted a working period by making a project application following the same conditions that are posed to Swedish composers.